Know How to Watch SHOWTIME on ATT Uverse!

in Broadband
Reading Time: 9 mins read
A A 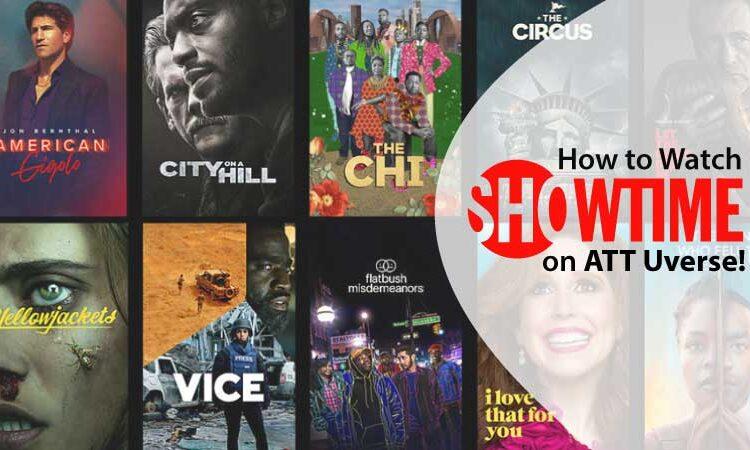 Technology enriches our daily life. Before the arrival of new technology, people used to sit in the guest room to watch some selected television channels. Now, the time has changed. In traditional TV operator services, the channels are very limited.

Sometimes people get bored watching the same thing on some particular channels. But, you must balance old technology with newer ones to cope with the changes.

My grandpa was bored last Monday while watching TV. He was looking for a comedy channel and asked me to change the channel. But, with utter sadness, I could not do that. Additionally, my brother helped me sort out this problem. He told me about Showtime and ATT Uverse, where I can simultaneously operate TV and streaming sites.

Are you worried about how to avoid a situation like mine? Don’t worry, guys! I will guide you till the end to give you a comprehensive idea about Showtime on ATT Uverse.

In the United States, Showtime streaming and Showtime Anytime allow subscribers to access different movies, live TV, and sports. If you get Showtime access through TV providers like ATT Uverse, you must use the username and password you get from the TV provider. After that, you can start watching via the Showtime Anytime app.

Fiber Internet Vs Wi-Fi Which Will Be The Best Option?

You can download the Showtime Anytime app for your device from here:

Showtime subscription: Why is ATT Uverse the best?

If you want to look for a Showtime subscription, ATT Uverse is the best option. Buying an ATT Uverse bundle package will allow you to watch Showtime channels and content for free.

Additionally, its amazing features are very cool to use. For your family, you can subscribe to an entertainment package, which will fulfill the entertainment demands of every family member.

If your cable operator has the availability of the Showtime network, then you don’t have to pay for Showtime. You will get access based on your cable package. More importantly, On-demand Showtime will cost $10.99 per month after the 30 days trial period.

If you choose a yearly package, it will cost $99 per year. Also, if anyone wants to use Showtime as an add-on with Amazon or Halu, the estimated price will be the same. Students can get a discount if they use Showtime through Spotify. In that case, you have to pay $ 4.99 per month.

Read to know: How to Watch NFL Network on Uverse -Channel Guide 2022!

Availability of Shows And Movies on Showtime

Showtime is a famous cable network that includes thousands of unique pieces of content. Your spending penny will be justified because you are going to get a bunch of entertainment from the famous hits, movies, and originals on Showtime.

Showtime provides a huge collection of Hollywood movies. Some famous movies are listed below that are available on Showtime.

As a subscriber of the Showtime network, you are also allowed to watch exclusive Showtime original series in it. Such as:

If you have a Showtime subscription, you get many devices that Showtime supports.

Showtime will not operate on some old version of the web browser. There is a minimum system requirement for web browsers to use Showtime.

ATT is basically known for its high-speed internet service. If you want to get first speed at your home, ATT internet is best. Its amazing features make this service reliable. They offer many other services such as live TV and entertainment apps.

ATT Uverse will allow you to record four shows on a single DVR. It also allows you to update, delete or schedule your recordings. After that, you can set parental control mode for your child. Interestingly, this modification can be done from any room in your home.

Different ATT TV packages are crafted based on your budget plan. You can select any package from them

You can enjoy premium content from STARZ, EPIX, and Cinemax for three months. 55000 movies and TV shows are not a dream. It is real, and you can watch them according to your preferences.

As a subscriber, you might want to clear up some confusion regarding Showtime on ATT Uverse. I will answer some common questions here to sort out your mess.

Your experience on TV can be more fun if you have a premium network like Showtime. Showtime provides the best quality content and receives appreciation all over the world.

Your weekend can be special if you have Showtime on ATT Uverse bundle, where you can explore Showtime. Showtime has its own original TV shows. Also, it premiers new movies regularly. Additionally, ATT Uverse includes tons of fascinating features.

It is worth it to spend money on the ATT Uverse bundle. Lastly, if you are looking for high-speed internet to watch Showtime movies and originals, ATT internet can provide you with a memorable experience.

Why is my spectrum wifi so slow? And how to fix? 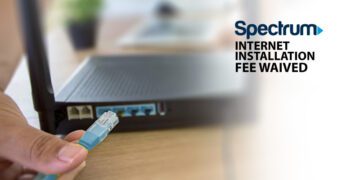 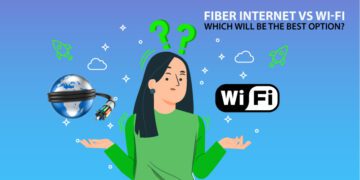 Fiber Internet Vs Wi-Fi Which Will Be The Best Option?