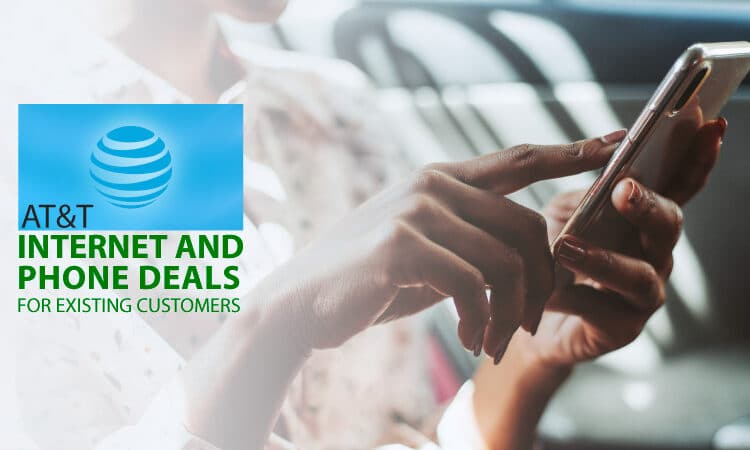 The company also offers an AT&T internet-100 plan at $50. But you need to pay the installation fee of $99 separately. There are phone deals like you can get 50% off on new models if you bring the older model for exchange.

A Short Overview Of Internet Deals

Before going into the details, let’s have a quick at the existing internet deals from AT&T.

You will also occasionally get mobile hotspots, video streaming, and various discounts.

The unlimited elite plan for a single line starts at $85 per month. It’s considered one of the most expensive plans from AT&T. You will get unlimited 5G and 4G data on LTE networks.

The package also includes up to 40GB of mobile hotspot data. It works for those working from home or a little away from home. On top of that, you will get a free HBO Max subscription. Therefore, it will save you $14.99 per month.

If you need more than one line, you must pay an extra $35 per month for each additional line.

AT&T also wants to take care of internet services for the full family. So, they came up with the family unlimited elite plan that includes four lines at $200 per month.

Pay an extra $40 per month to get the full features rather than individual four lines. In the top-tier elite plan, you will get unlimited 4G&5G data, a free HBO Max subscription on the family plan, and 40 GB of mobile hotspot data.

It’s one of the most expensive plans at AT&T internet deals. But the bright side is that you can enjoy movie streaming, browsing, posting, and gaming without interference.

It’s a mid-tier internet deal for those who don’t want high-end or low-end packages. The single-line package of unlimited extra starts at $75 per month. The package will give you more perks than the low-end starter package. However, they are lacking in features.

For example, you will get a decent perk of 50GB of priority data, not unlimited priority data. On top of that, you won’t get any free HBO Max subscriptions. It also has only 15GB of mobile hotspot.

So if you don’t need any HBO Max or mobile hotspot, this deal is considerable for you. You can even choose it over an unlimited elite plan.

However, you will notice a significant price difference. If you don’t want an HBO Max subscription, you will be a gainer.

But if you think about it, a 15 GB mobile hotspot is a bit lower as four lines will be active at the same time.

It’s a pretty standard postpaid and the cheapest deal for starters. The package starts at $65 per month.

With this entry-level package, you will get unlimited 4G LTE and 5G data, free text, and Talk time. But there are not many perks because of the low price.

However, you will get all the essential features within the affordable price range. So, it can be a better choice.

It’s the cheapest and best alternative for those looking for affordable family packages from AT&T. Four lines will cost you only $140 per month. So, just $35 per line per month.

You will get unlimited data, talk time, and text. It can give a deprioritization experience when the network is crowded. However, the plan has no hotspot data and few frills.

Recommended for you: AT&T Business Internet Review: Plans And Pricing 2022

It’s also another mid-range net package from AT&T. The unlimited plus deal starts at only $50 per month (prepaid).

You will get 22GB of priority data which is pretty generous if you ask. On top of that, you will also get 128kbps of 10GB mobile hotspot. There’s access to the 5G network of AT&T.

However, the package doesn’t include any HBO Max subscription or extra perks like the unlimited postpaid plans.

This is the fastest internet package from AT&T with a lightning speed of 1000MBPs. If you are a heavy internet user, it will be the perfect-matched deal for you.

There’s no data limit. It costs you $90 per month, but the price may get lower on several promotions. You can connect more than ten devices at the same time. AT&T also offers you a yearly subscription on this deal with discount prices.

It will take seconds to upload or download bigger files with 1GIG internet. You can even stream movies in HD.

On top of that, AT&T offers you six months of Spotify premium subscription. You won’t need to pay any installation fee. As a reward, you will get a free modem!

It’s one of the best deals from AT&T because of unlimited high-speed internet at an affordable price.

If you buy the package within promotional days, it will cost you only $50 per month. But on regular days, it costs $60 per month.

You will have up to 100 Mbps internet speed. So, large file download plus upload, live streaming, HD movie streaming, and high graphics games are possible with this package.

On top of that, there’s unlimited monthly data (up to 1000 GB per month). If you get a yearly subscription, you will get a free modem and discounts on phone deals.

However, you will have to pay the installation fee, which is only $99. AT&T will provide the connection with the Fiber cable.

If you are looking for extra cheap internet deals because you are not a frequent net user, the 5GB high-speed data plan would be the perfect option.

This prepaid plan of 5G data costs only $30 per month. When you want to stick with AT&T services, the package is only for you. But you won’t get any talk time, text, or mobile hotspot features.

But the deal is pretty expensive because some other carriers provide similar small packages at a lower price range, though it’s the cheapest at AT&T.

You may like to read: AT&T Business Internet Review: Plans And Pricing

Alongside the outstanding internet deals, AT&T also offers you fantastic phone deals. And you will get special discounts if you get one of their net packages.

Here are two types of phone deals you can get:

You can get the best deal on new phones with the trade-in of your old phones. For example, you can get $700 off the iPhone 13Pro Max with the eligible trade-in like iPhone 12Pro Max or 12Pro.

On the latest Samsung S22 Ultra, you can get up to $800 off if you trade–in another Galaxy Flagship. Such eligible trade-in is also applicable for the latest Google Pixel series and other iPhones.

Don’t have a phone to trade in? Well, don’t worry because you can even get new phones in installments from AT&T, and there’s no need for an eligible trade-in!

There are various deals for every Flagship and non-flagship phone of Samsung, Google, and Apple. However, there’s always a condition to buy the AT&T eligible internet packages to enjoy such discounts.

Can I get a free phone from AT&T?

It depends on the packages you are getting from AT&T or the value of your exchanging devices. You have to be eligible for trade-in devices to get an iPhone. Besides, you will obviously get several discounts if you get their services.

Are the AT&T net packages good deals for me?

Yes, AT&T has various internet packages for you and your families. They all are in an affordable range. You can even get costly high-speed data from AT&T. So, it can be said that AT&T net packages are a pretty good deal for you.

Which internet plan is the best for AT&T customers?

The 5 GIG internet plant is the best for AT&T customers. That’s because you will get a fast upload and download speed up to 5GBPS. There are also unlimited net packages if you want. But those packages don’t have such high speeds.

AT&T tries to provide internet deals in every price range. On top of that, they add several phone deals to make the combo packs more exciting. You can choose your suitable plans according to your budget.

Hopefully, the discussion has covered all AT&T internet and phone deals for existing customers. However, it would be best if you stayed updated to get several occasional discounts on your favorite packages.

Trade your old devices to get massive discounts on new devices. And get affordable internet deals for a better experience!

The 10 Best Government Phone Providers In The USA!

How Much Does It Cost To Install Wifi At Home? 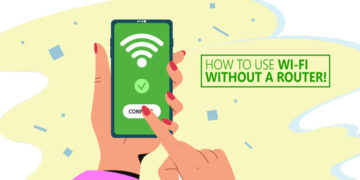 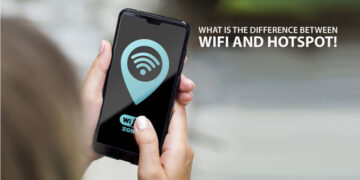